There comes a time when we need to recharge our creative batteries, especially after such a busy September. As a treat, I was sent on an Aardman model making course. Run by senior model maker Jim Parkyn, I used the same techniques found in classic Aardman films to create and customise a character of my own. 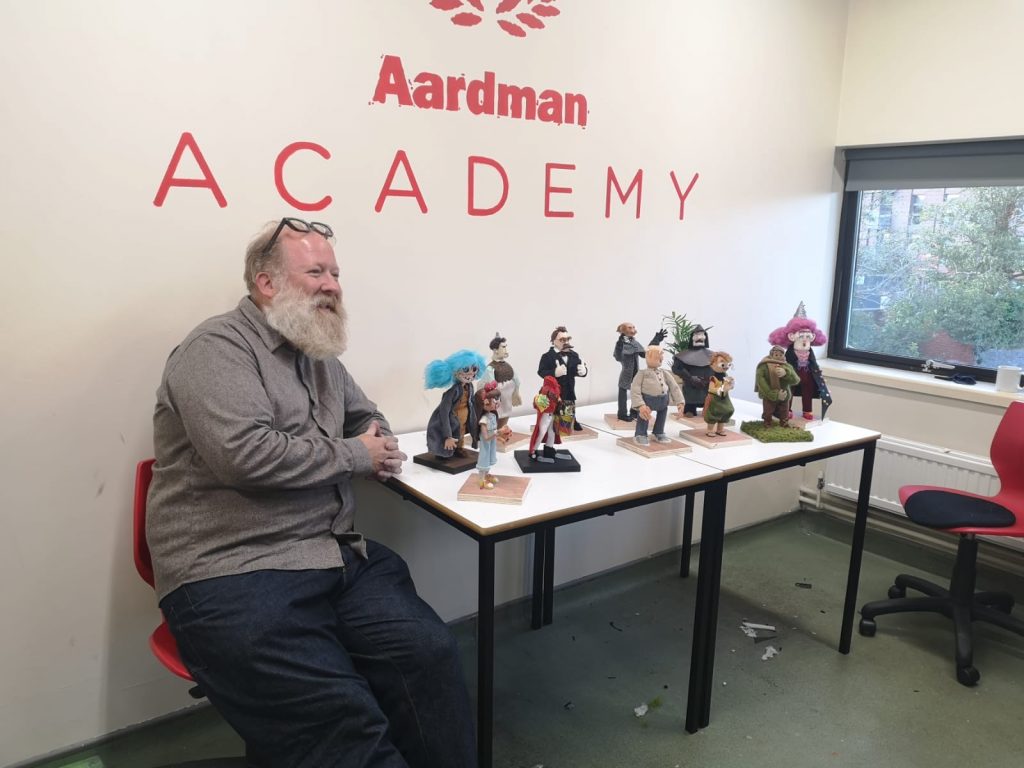 I do have some experience in model making, after creating the models for the stop motion animation which was the final project for my degree. But this course allowed me to learn new techniques and styles, from the industry experts.

On arrival, I learnt about Aardman Animations and creating designs, armature and the core for the models. The armature is the skeleton, and it’s made using plastic and aluminium wire. We then moved onto the mouths which give Aardman their characteristic wide grins. 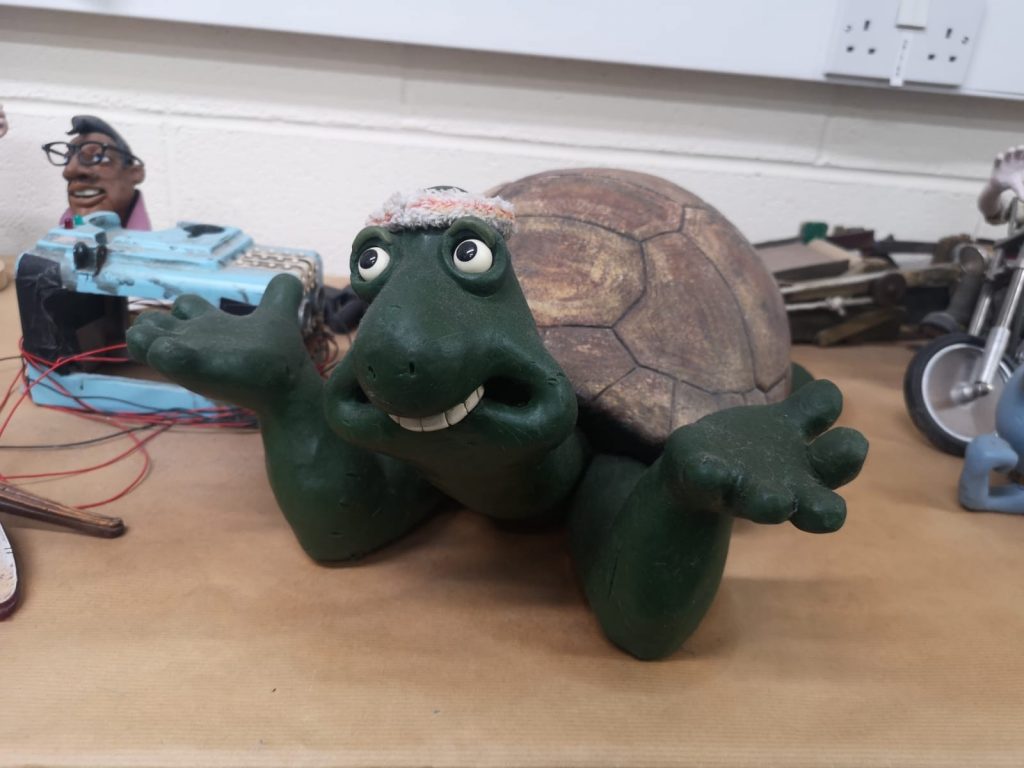 Day 3 consisted of some tricky jobs like making the hands and the head. I first started making hands from fabric models but later changed my mind and instead used the actual moulds that Aardman use to make Wallace’s hands! When it came to making the face there were several approaches to making different mouths, and I decided to go with replaceable jaws, again following in the studio’s practises, as these gave the best expressions. 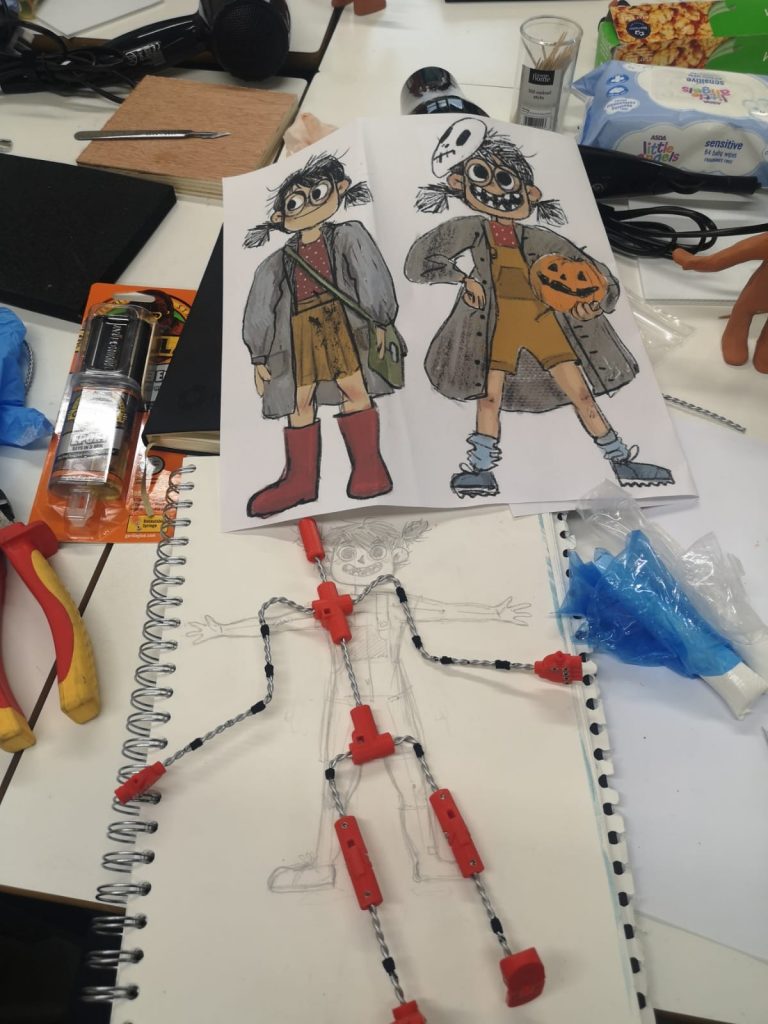 On the final two days, the group was joined by Nancy Jones, who is an experienced model-maker and costume designer for Aardman. We rounded the week off making key features of the model including hair, glasses, and clothes. To ensure that there was movement in the clothes I added a small wire to the coat which allows it to be repositioned and animated frame to frame.

The final day of the course was a bit of a mad dash to add the finishing touches to the models. I made and laced the shoes, added a hair-clip and accessories and posed the character for a photoshoot. 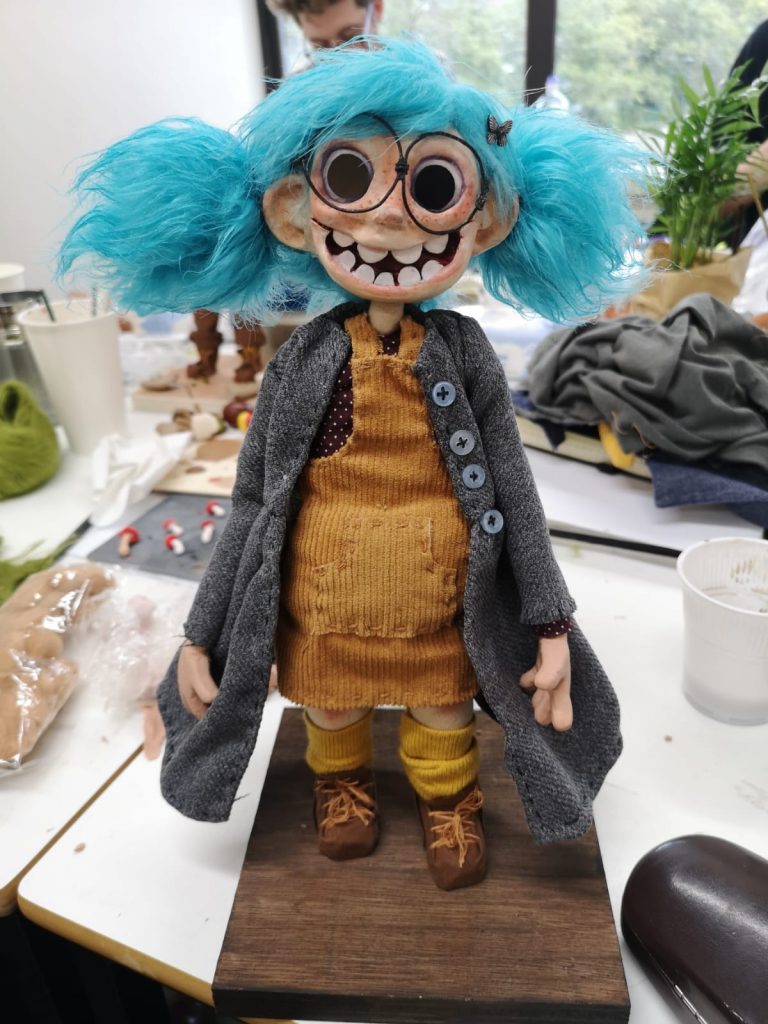 It was amazing to get guidance from model makers Jim and Helen and costume maker extraordinaire Nancy. They were all really helpful and went in-depth about different approaches to costumes, hands, faces and core of the puppet. I learned many new skills and got to challenge myself in making a fully animatable clothed puppet in less than 5 days which is tricky! I’m happy with the results as well, it’s great to see your initial sketch be turned into a complete character I could animate.