Giggle was contracted to create content for the One Young World 2019 opening ceremony. The event took place at the Royal Albert Hall and was attended by numerous celebrities, dignitaries, and One Young World delegates from around the world. This included keynote speakers, the Duchess of Sussex and the Mayor of London. 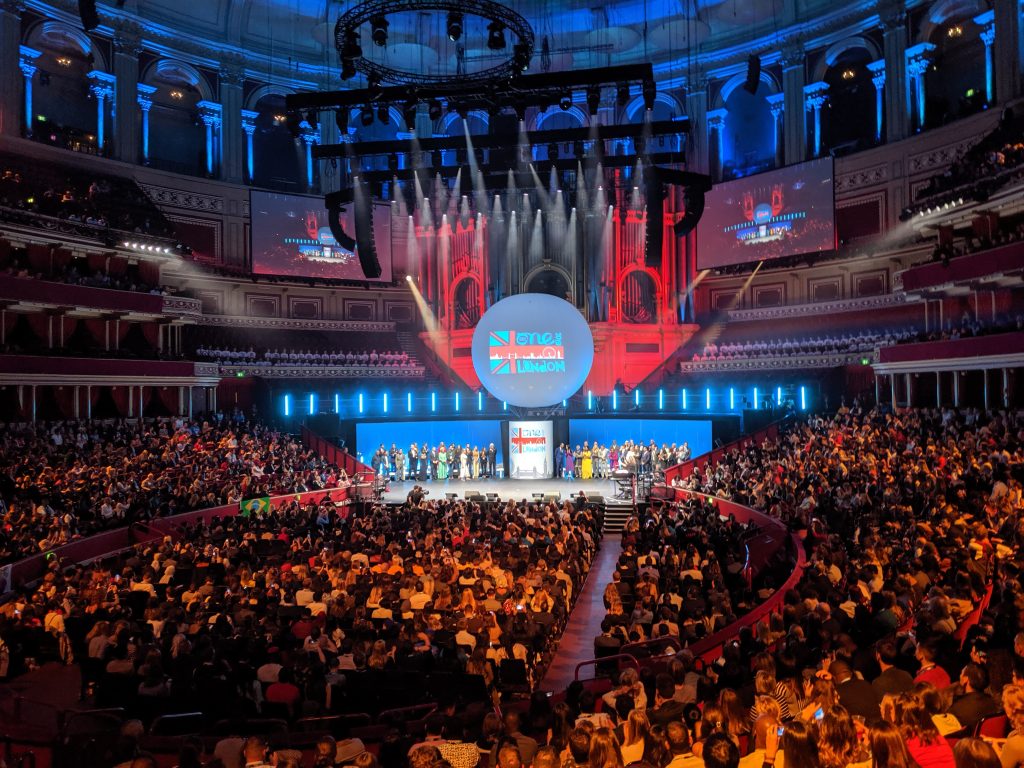 One Young World (OYW) were keen to incorporate a heliosphere floating above the stage into the event, so we were tasked with creating content that would be projected onto the sphere. We kicked off by creating an animated OYW logo so that it would utilise the dome and appeared to wrap around it.

The theme of the event was ‘London’s Calling’, so using the iconic Clash song we created content with a strong 70-80’s London aesthetic. To kick the show off, a group of young dancers and singers performed London’s Calling, but as they made their way onto the stage we created 15 seconds of animation for the globe. The animation included quotes, and photographs in a 70s style and concluded with a pop-up rotating modern London.

To launch the flag ceremony, we started to slowly project different flags on the heliosphere. The flags then began to spin faster and faster until they eventually appeared to fly off the sphere as the flag bearers entered the stage. The Duchess of Sussex enjoyed this section so much that she even shared a clip on her Instagram account! (2.3million views and counting!)