The key to good green screen

What is green screen and how does it work?

E: A green screen, sometimes known as a chroma key, is a flat, green, well lit background, usually in a studio. Commonly you might be filming a presenter or just an object. Special effects artists then use the footage to comp, or layer in, whatever background they want.

D: You are layering. You have you subject as one layer, and your background as a separate layer.

E: Yes, you are essentially removing the green layer – making the background invisible. A nice example I saw recently was a flock of starlings that needed to be shot in Sri Lanka, and to get a crew out there and to be lucky enough to get the shot would have been too difficult, so they keyed in a flock in post. 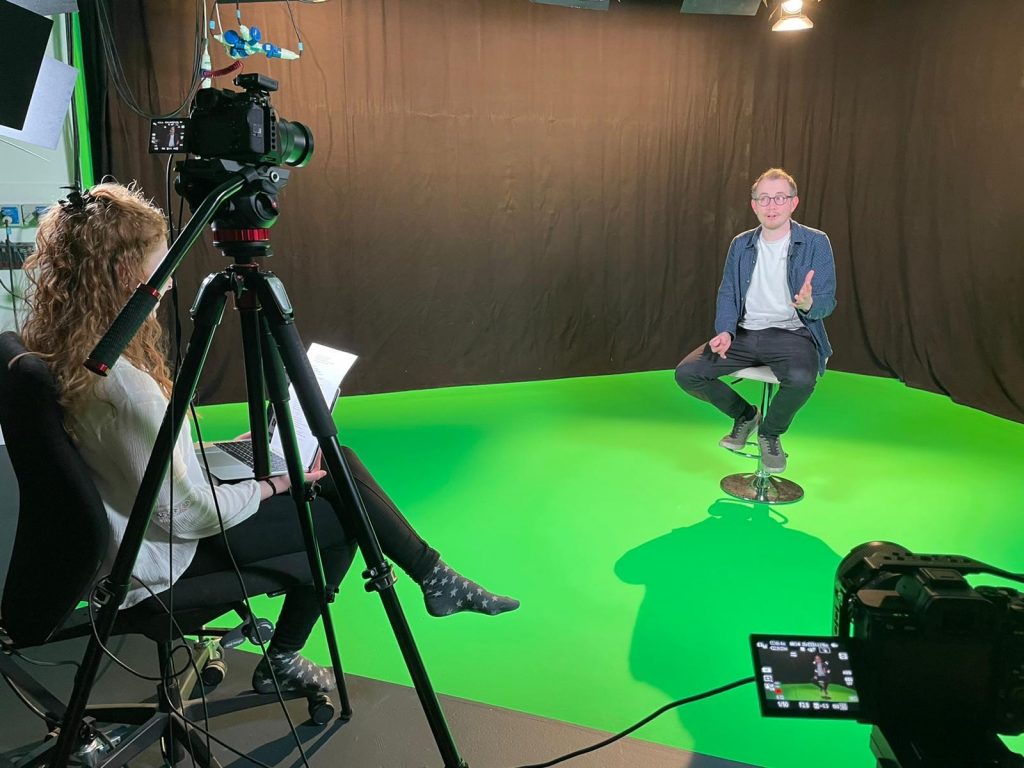 Where are green screens used?

D: You’ll see green screens every single day because this is what they use on the weather, to get a video layer on the map in the background.

E: And every single sci-fiction film ever made, it’s just easier to put the actors into a fantasy world than make it. Marvel films wouldn’t exist without green screen!

D: In our work, we’ve keyed out presenters delivering pieces to the camera…

E: And life-sized presenters at conferences who are “beamed in” on the big screens…

D: And years ago, when Studio Giggle worked on BBC’s Casualty there was a lot of green screens involved. 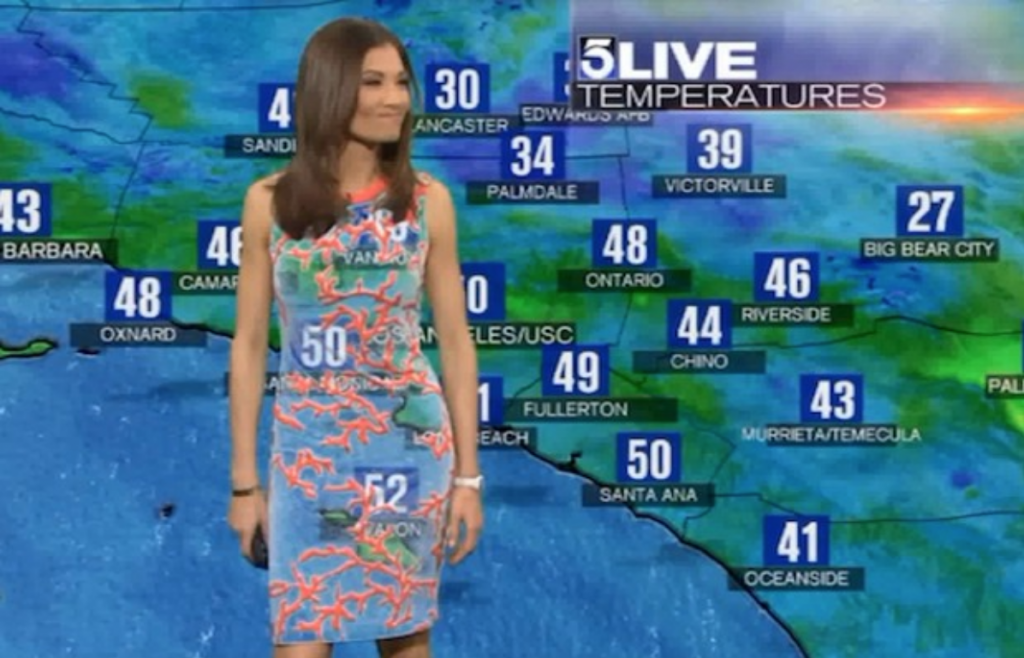 Why are green screens green?

D: Green is the easiest colour to work with because it’s the furthest away from skin tones (unless you are an alien). You can actually use any colour you like though. You’d have trouble with red because they are a lot of red tones in skin. Blue is great if you are inside, but outside you will be competing with the tones in the sky. We learnt earlier that green supposedly took off instead of blue, because weathermen liked wearing blue suits

When did it first begin?

D: Green screen almost goes back as far as the moving image itself, right at the start people were messing around removing whites and blacks from their footage.

E: It was the Thief of Baghdad (1940) that really launched green screen into cinema. I haven’t actually seen it, but the trailer looks good, considering it’s age. It won an Oscar for best visual effects. It’s a nice use of it, with a giant genie and flying carpets and horses.

D: This all all comes down to lighting. You must light your background really well and really evenly.

E: …With no shadows, hot spots or dirty marks. And you must make sure the green backdrop is really smooth.

D: In post-production you don’t want to be keying out lots of different shades of green. You’re always going to need to work on the darker, medium, and lighter shades, but good lighting will create a consistent green that will be quicker to remove.

E: Noise is another thing, a low lit studio will give the image a grainy look and will make the keying harder too. Luckily we have some good noise cancelling software in the studio that saves us, and means we can work with badly shot footage. 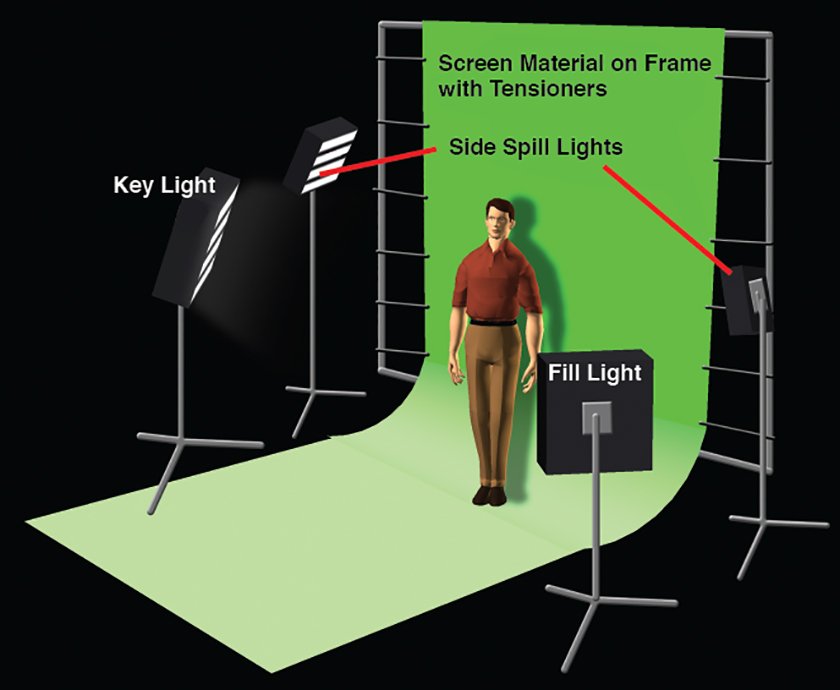 E: We should post a basic lighting set up (left).

D: Unlike this image, as a very general rule of thumb you want your subject to be stood at least 6 foot away from the background, this will reduce the green ‘spilling’ onto the subject. If you are layering someone into a new scene you need to think carefully about how that new scene would be filmed, had you shot it normally. If you are keying in someone stood on the top of beach for example, the waves aren’t going to be in the same focus as the person.

E: Matching the lighting on the background to the keyed person really is a dark art and where we are good are making the image seem believable.

What should I wear when filming green screen?

D: It’s super obvious but avoid green. I was editing someone once who was wearing a tie which had some tiny green specks in it and even that showed up. Unless you want to remove the body of course!

E: We’ve never been requested to do that, but that would be so fun to do something with floating heads…

D: You really want to avoid shiny surfaces like shiny suits and shoes; all you are doing is reflecting and bouncing splashes of green onto your subject and creating a pain in the edit. Glasses too are annoying as green will reflect onto them, so try and use contact lenses where possible.

E: Belt buckles – randomly i’ve come up against them and they are the same.

D: Shiny heads too! You wouldn’t think of sweaty bald heads, but they are another reflective surface. The pressures on in the studio, the lights are hot and it can get worse and worse. Taking some make-up powder can matt out some of the problem. The opposite end of the scale is frizzy hair, lots of loose hairs require a lot more time to remove. 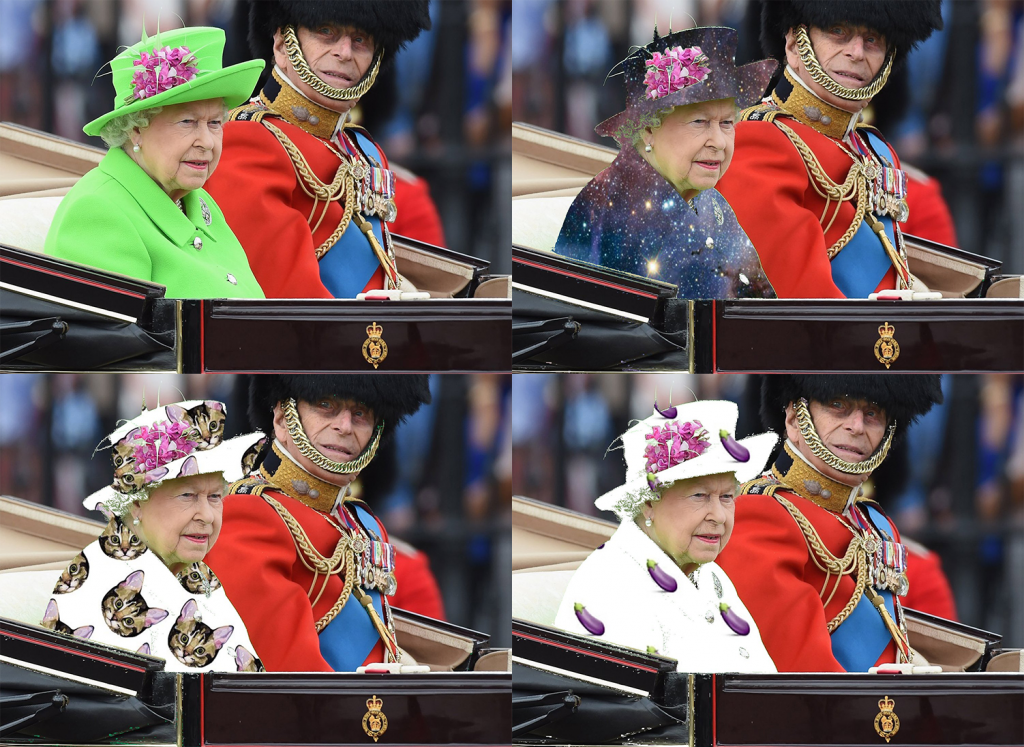 What can you have in the background?

E: The world is your oyster, there are no rules. This question reminds me of when the Queen famously wore some green and the internet went crazy…

At Studio Giggle we have the specialist software and the expertise to shoot and edit green screen content to an extremely high standard. If you would like to contact us regarding a green screen film or virtual production using green screen then please get in touch by calling 0117 972 0081 or emailing jon@studiogiggle.co.uk