Recently our team expanded again with the addition of Sophie, our new junior digital artist. Sophie joined us back in February and has been working on a series of different projects.

Tell me a little bit about yourself

I grew up in North London . I’ve always been quite a creative person and enjoy the ‘makey doey’ side of things. Art is my jam!

After A-levels, I decided to do an art foundation at the City and Guild of London Arts School. The course allowed me to experience lots of different creative industries. I first thought I wanted to study fashion as I loved the tactility of fabric. So I applied to do fashion at Leeds University but first took a gap year. During my gap year, I met loads of ex-fashionistas and decided that the fashion industry actually sounded really horrid, so I thought about what else I liked which led me to illustration. Illustration had been one of the elements of the art foundation that I enjoyed the most. I then took a step up from illustration and started working in animation. 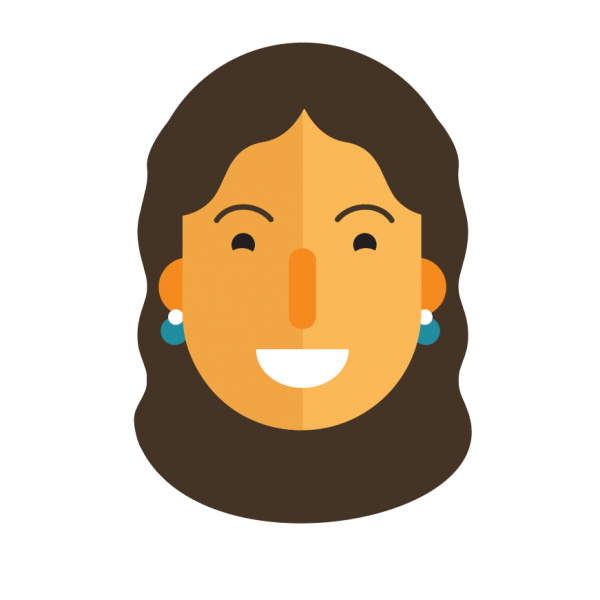 Did you go to university? What did you study?

I studied Animation at Leeds Art University which was quite a general course. I spent my final year learning about set design for stop motion animation. I was initially going to make an Airstream Diner stop motion set that would fold out in the middle, so animators could have access for puppets. But Coronavirus hit just as I was about to start collecting materials and all the hardware and craft stores shut. Instead, I decided to make a digital ‘Making Manual’ with the idea that a set designer could pick it up and build an Airstream set themselves. I modelled the set in 3D, mocked up all the sizes and dimensions and used this to create the manual. Initially, I was gutted that I never got to make the Airstream myself but it gave me the opportunity to practice softwares like Illustrator and Maya, which I wouldn’t have used otherwise. These tools helped me to get this job, so it all worked out in the end! 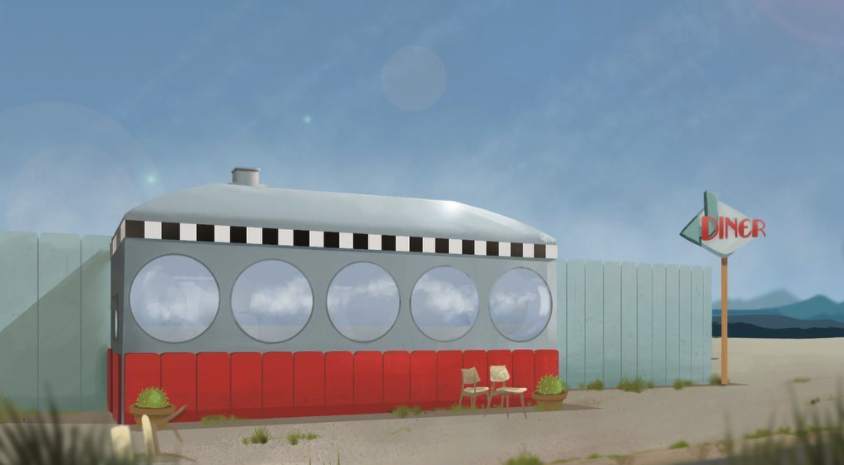 What are you working on at the moment?

I’ve just finished working on a Deki Animation. Deki have decided to invest in solar-powered lights for villagers in Togo who don’t have electricity. These villagers burn kerosene lamps for light, which causes respiratory problems for locals and are also a massive fire risk. So we have created an animation to help with their campaign. It’s been a really cool project to work on because I’ve had the chance to play with the 2.5D animation layout in Adobe After Effects. 2.5D is basically a fake 3D where you stack layers to get a sense of 3-dimensional depth. I also got to use Giggle’s Wacom Cintiq for the first time to do some digital painting. It’s been a really sweet project and I’m pleased with the outcome too. You can find out more about this project by clicking here.

Another thing that I’ve been working on recently actually goes back to my original desire to study fashion! I’ve been creating and designing a series of avatars for the BAFTA red carpet event. For the avatars, I’ve designed a range of dresses, jumpsuits, suits, tuxedos and a number of accessories. It’s so funny to be working on fashion design again after deciding against it at University and choosing animation instead. Now I get to combine the two!

What has it been like working at Giggle for the first few months?

Working with Iina and Ed has been a Godsend! Their wealth of knowledge is so much better than furiously Google searching all day. I’ve been able to learn so much from them, from their project files and looking into how they work. They’ve helped me so much on my projects so far!

Can you pinpoint where/when your interest in animation first started?

When I was doing my art foundation, I learnt about the Abstract Expressionist movement, about the St Ives artists and in particular Barabara Hepworth. I saw one of her exhibitions at the Tate Britain and totally fell in love with her sculptures. I then found out that she went to Leeds Art University and so looked into the courses they offered and discovered the BA(Hons) Animation course. Animation just seemed to slot in with what I already loved: old cartoons, fashion, films, comics, illustration and fine art. It seemed like such a cohesive way to integrate my general interest in art and it tied everything together perfectly. I also liked that animation is such an enormous subject and branches out to cover elements of all my interests. 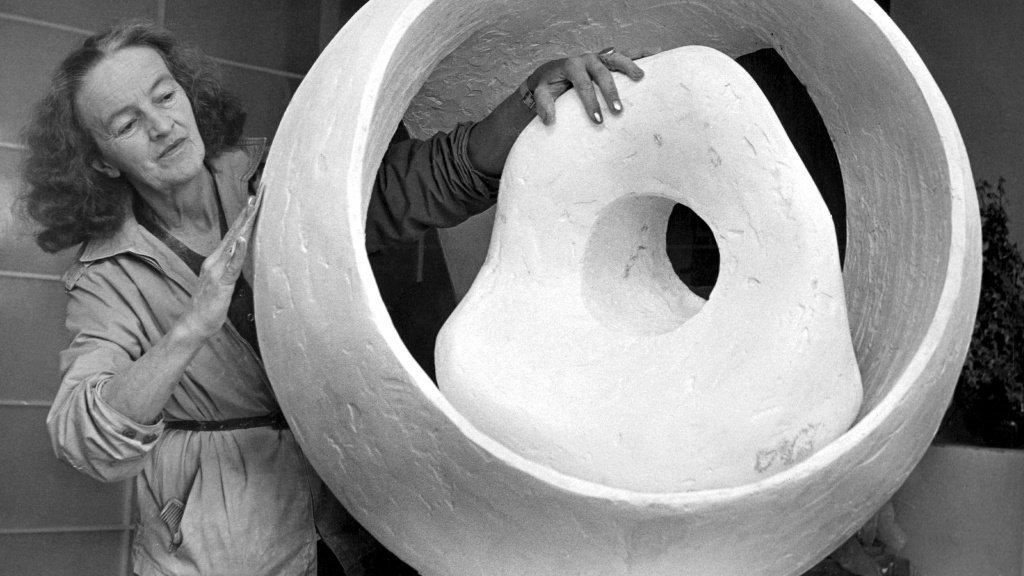 Where do you get your creative inspiration from?

My creative inspiration definitely stems from fine art, as I’ve mentioned.  To me, it’s those pioneering fine artists that paved the way for modern design, artists such as Barbara Hepworth, Piet Mondrian and Jackson Pollock.

Nature. I love being out in nature! I don’t think I take inspiration directly from nature, e.g. it doesn’t directly reflect in my work but it makes me feel more creative and inspires me to create.

Instagram is a great place for creative inspiration. I follow a small group of people because I want to keep up with what they are doing. Two of my favourites are Lisa Lloyd and Caroline Kjellberg.

Caroline Kjellberg is a 2D cell and mixed media animator, who incorporates video and photography into her work. She’s also just really cool because she speaks up about her experience as a freelance animator and the kickback that she gets sometimes. 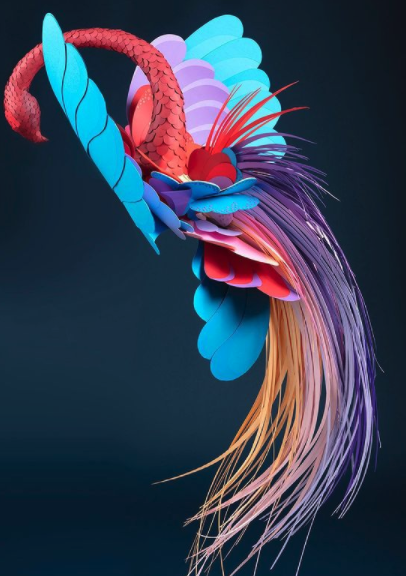 What do you like to do in your spare time?

I like to run and I’m actually doing the Bath 2 Tunnels Marathon in August. Apparently, it’s not too hilly, but we’ll see!!

I love being outside, so any outdoor activities are right up my street. When I’m back home visiting my parents I like to get out and about with the dog and go for lots of walks.

I also enjoy reading. I’m currently reading ‘Women Don’t Owe you Pretty’ by Florence Given. It was highly recommended by a friend, so I thought I’d give it a go! But I’m planning on reading Phillip Pullman’s ‘His Dark Materials’ series next to mix it up a little bit! I haven’t watched any of the His Dark Materials TV series yet but I’ve heard it’s good, especially the VFX, so once I’ve finished the books I’ll watch it!

I love cooking, but I’m a terrible baker! One of my favourite things to cook is what I like to call a ‘bowl of health’. I guess it’s similar to a buddha bowl with lots of little bits, like a meze- my Dad is Greek, so my cooking is quite Mediterranean.