When you think about interactive experiences the majority of people would think of AR and VR. One of the VR projects that we’ve worked on was for Vauxhall. We built an interactive experience for their stand at Goodwood a few years ago that allowed the user to learn about the features of the new Vauxhall car whilst being taken on a stylised animated journey in the real car.

But AR and VR aren’t the be-all and end-all of the interactivity. Back in May, we created an interactive experience for the Game of Thrones season 8 finale premiere. The installation, which occurred in 7 cities on the same night, was set up using an X-box Kinects to create a fan version of the iconic Wall of Faces (a key feature from the show). As fans of the show entered the event they were invited to stand in front of the Kinect camera. The camera would then take a photo of them and our specially created software would overlay this 3D photo over a 3D mannequin. This model was then sent to a server that was holding each guest image and the images of some of the stars from the show. As the night progressed the public could watch their face slowly appearing on the Wall of Faces which was projected onto the big screen. 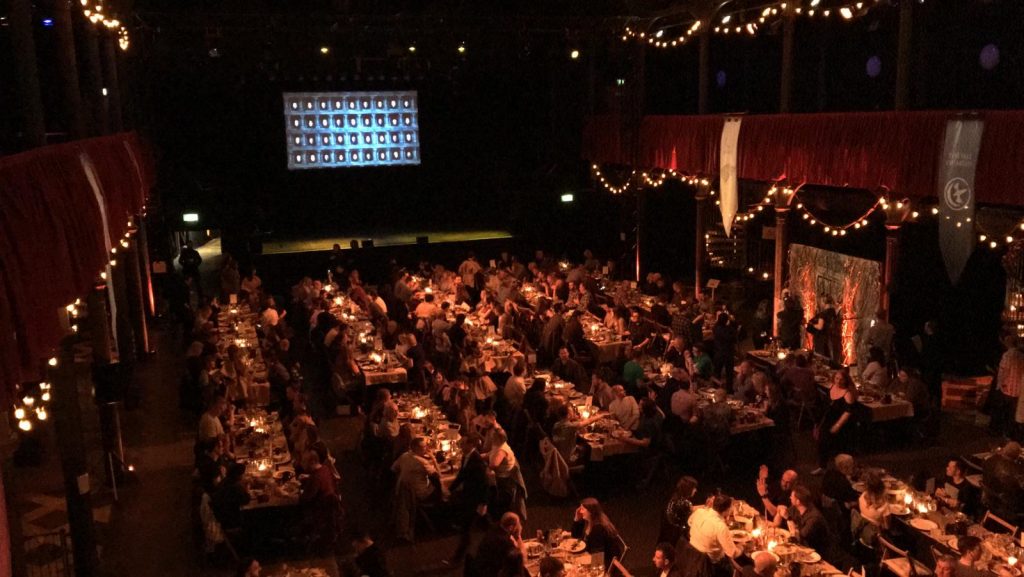 Another interactive project that we worked on over the summer was for Mitsubishi Heavy Industries. Mitsubishi wanted to highlight the future of their company by creating an interactive stand at the Paris Air Show. Using touch designer we were able to create a display that guests could use to see Mitsubishi’s plans for the future. Nick Diacre, our wonderful programmer and interactive event wiz, created the programme and software. The laptop was left on for a few weeks without a hitch or a crash (although it did rather mess up the battery!).

We’re always looking at ways to learn new skills and make our events better. So we’ve embarked on some self-improvement by going on a series of different training courses.

Ed has always been one of our stars when it comes to working on big scale events and interactive projects, but to develop his skills we sent him on a couple of courses to really up his game. The first course was all about Disguise (D3), a media programming software used for everything from LED screens to large scale projection mapping. Over the two day course, Ed learnt the fundamentals of programming a large show and even got to practise projection mapping onto a mini model of Buckingham Palace. As soon as Ed got back from the course he had to put his new knowledge to the test by creating content for the One Young World opening ceremony and then pre-programming the content to work on a 6m wide floating heliosphere. 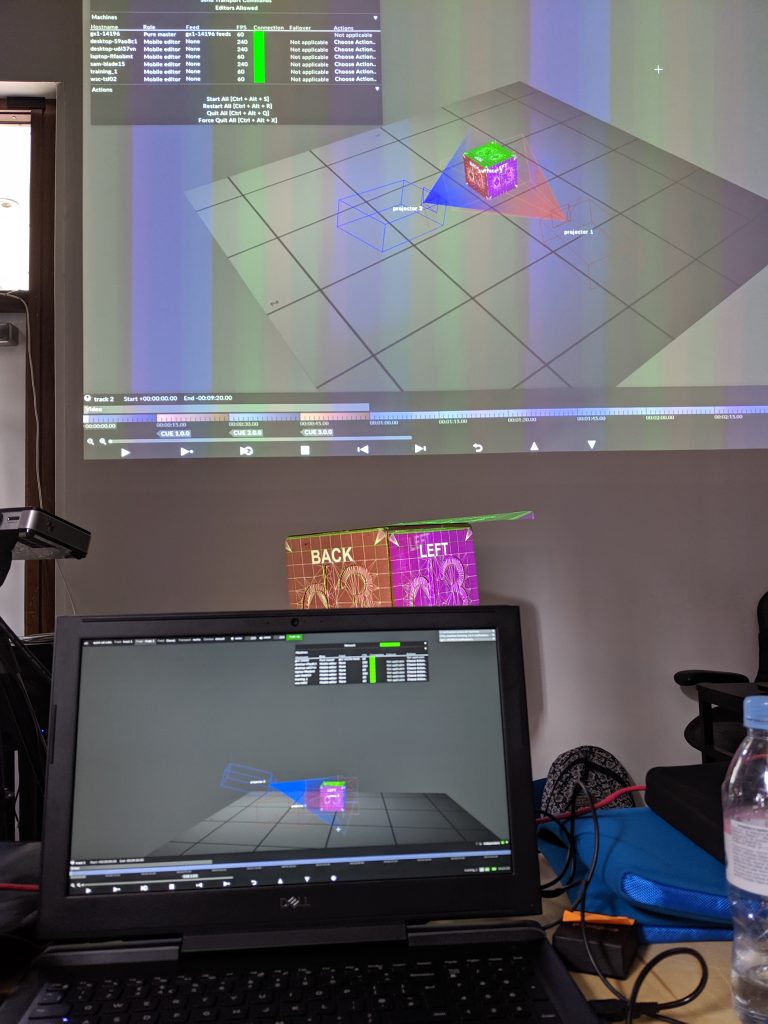 The second course that we sent Ed on was a Notch training course. Notch is a real-time rendering engine. It allows the user to render effects, lighting and geometry in real-time. Notch software can also work alongside Xbox Kinects to track your position and create graphics that react with your movement. For this reason, Notch is often used at gigs to provide real-time backing graphics. Ed had been playing around with Notch for a while, so spending him on the course was the next logical step. Ed has learnt a lot from the course and is now using this skill to work on a huge interactive job that will be happening in 2020.

We are really excited about what Nick and Ed’s next project will be together. We are already in production on some exciting work for the World Economic Forum at Davos in January. They have just embarked on a super-secret project creating an interactive artwork for 2021 in a super posh venue so we will let you know about the development of that in time.