NHS England- Getting to Equity

Studio Giggle has a close relationship with NHS England/NHS Improvement. We have been working together on numerous projects over the last 10 years, they come to us because of our ability to tell stories in engaging and innovative ways.

Recently NHS England/NHS Improvement and Global Talent Compass contacted us to create an engaging and powerful film as part of their ‘Getting to Equity’ sponsorship programme. In January 2019 the NHS Workforce Race Equality Standard reported that the number of total ethnic minority staff in the NHS was 21%, but only 9% of those were at Band 8c and above. So the film aimed to raise awareness and drive change in the recruitment and promotion policies in the NHS.

When working on a complex issue like diversity and inclusion, simplicity can be the most important. For this project that was the script. We needed to find a way to deliver the hard-hitting, and important information in a memorable and engaging way. It would have been very easy to lose viewers’ attention by overwhelming them with the facts, so the film had to be a careful balance. Part of getting this right was understanding the feelings of the BME community within the NHS. So Creative Director, Steve Garratt, attended a number of NHS symposiums, and lectures and spoke to NHS staff. The overwhelming messages that he took away from this research was an overwhelming sense of injustice, frustration, and the belief that nothing will change. 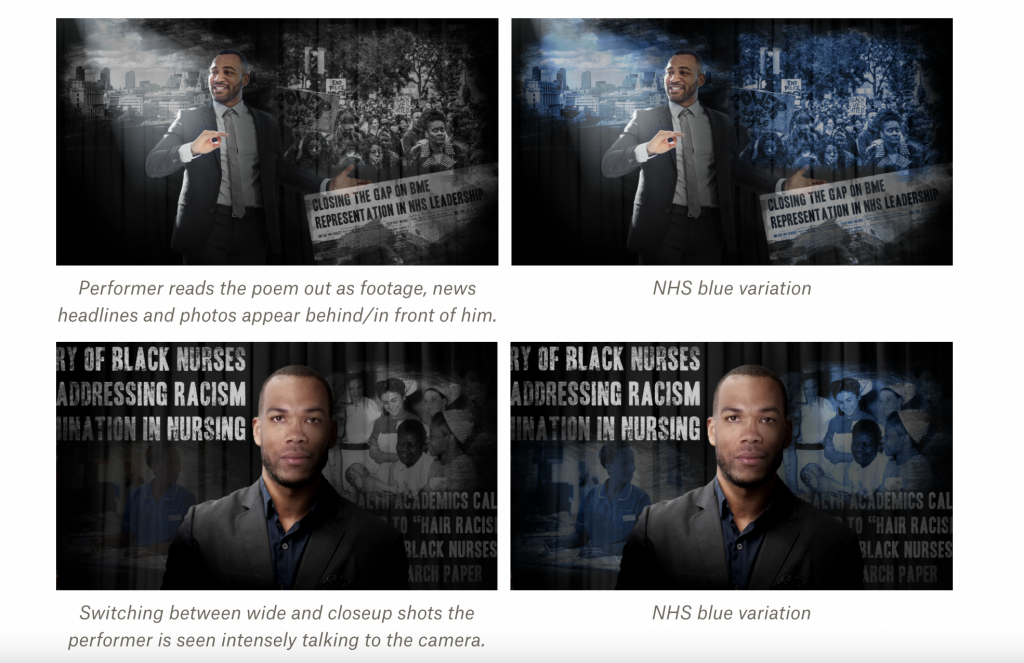 From here, we combined these feelings with facts from the NHS Workforce Race Equality Standard report and wrote a poem. The script is written to combine direct calls to action (‘You have the power in you. Your words, your actions, your recommendations‘), with facts (‘17% of Ethnic Minority nurses experience discrimination at work from managers, team leaders or colleagues’.) This was then matched with the filming of the performance, by using wide and close up angles to emphasize key moments. This was also designed so that the film feels like the viewer is being directly spoken to.

The poem was performed by a spoken word performer, Saili Katebe. Katebe is a Zambian born performer who has worked on a campaign for SS Great Britain and was runner up in the BBC’s Words First poetry competition in 2020. His natural talent and poetic style lent itself to making the film feel more emotive and powerful. 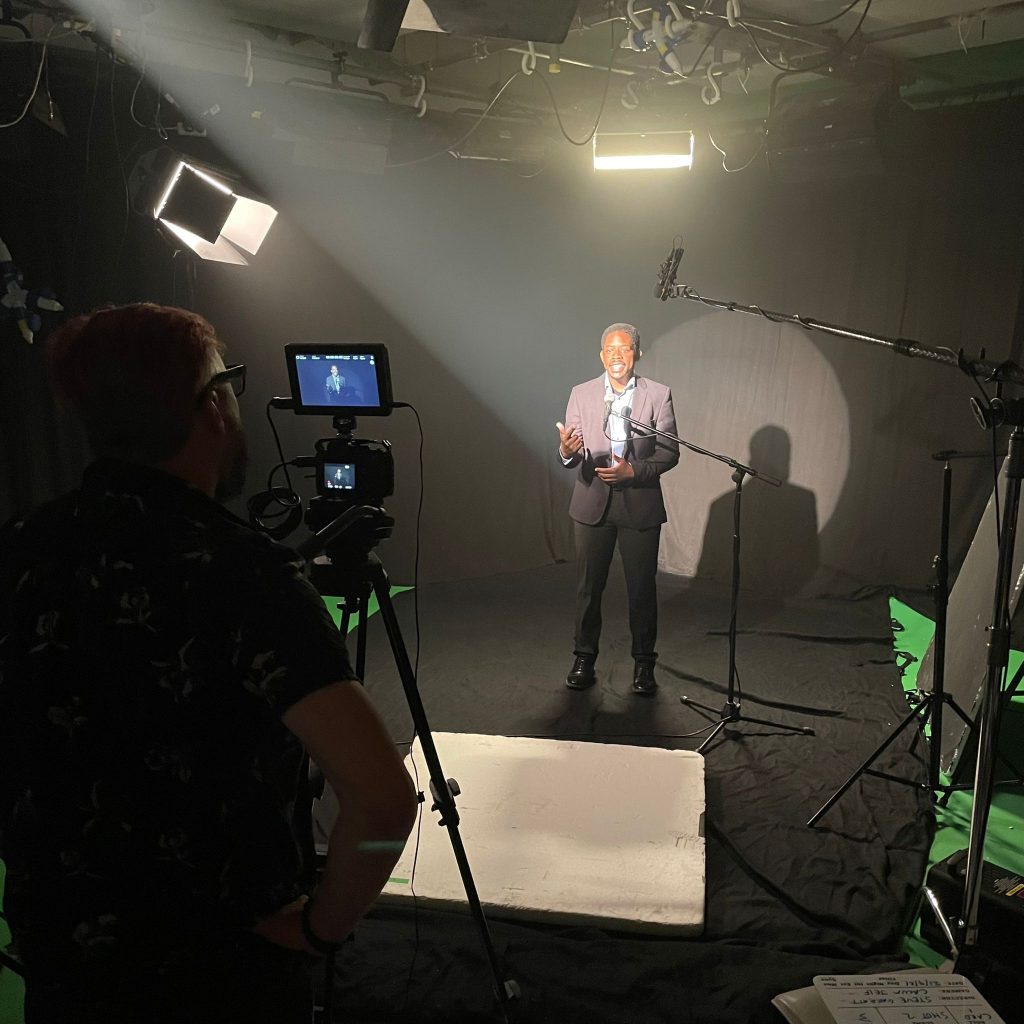 We wanted the Katebe to look like he was in a smokey jazz bar so we filmed him using a simple black drape backdrop in our Bristol Studio. This clean staging was key to adding animation in post-production, therefore, making sure the film isn’t visually overwhelming. In the final film, the animation floating around Katebe appears like thoughts and ideas brought to life with his words. 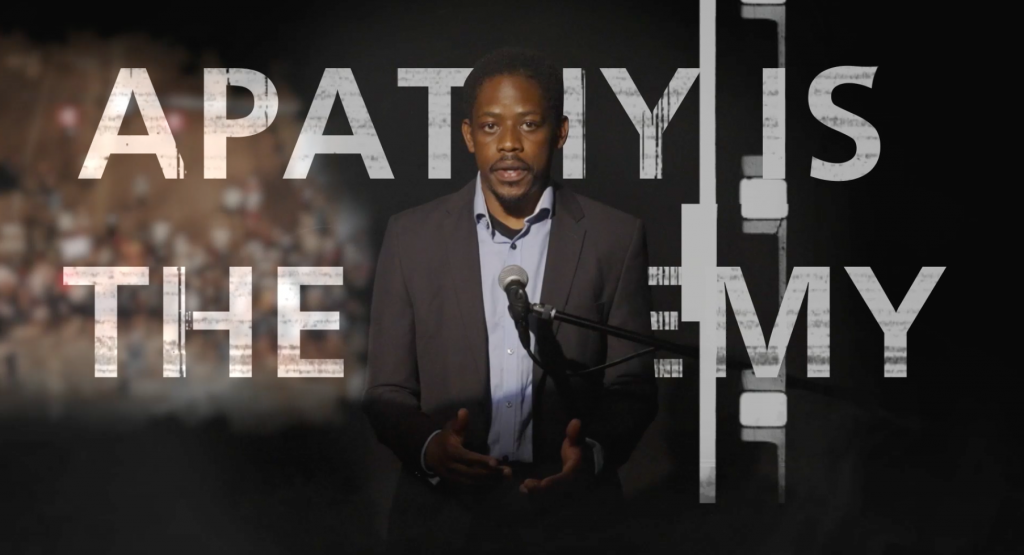 The film is a key part of the Getting to Equity programme marketing campaign. As a result, 70 people signed up for the first cohort and 70 more have already signed up for the second cohort with a third and fourth cohort that will launch later in 2022. The film has also been shared internally within NHS England/ NHS Improvement and used at lectures and talks as a teaching aid. We have estimated that the video has been seen by at least 500 people. It has received tremendous feedback when it has been shown at events. 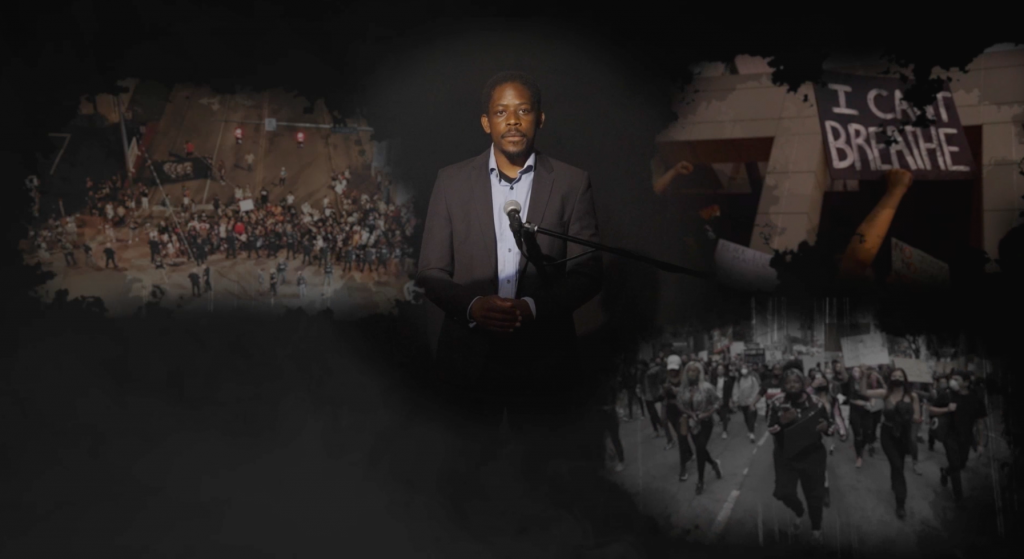 Other work that Studio Giggle has done with NHS England/NHS Improvement includes:

If you would like to speak to Studio Giggle about creating animations or films, please contact us on 0117 972 0081 or email jon@studiogiggle.co.uk